Where To Study For Free As A Postgraduate Student

Loading...
Rather than paying costly fees to get a postgraduate degree, consider studying in a country where the cost is little to nothing.

If you’re thinking about doing a postgraduate degree, you should certainly think about studying abroad. Lots of countries around the world have very low tuition fees, and many won’t charge you anything at all! Read on to find out our top picks – many also have a low cost of living. 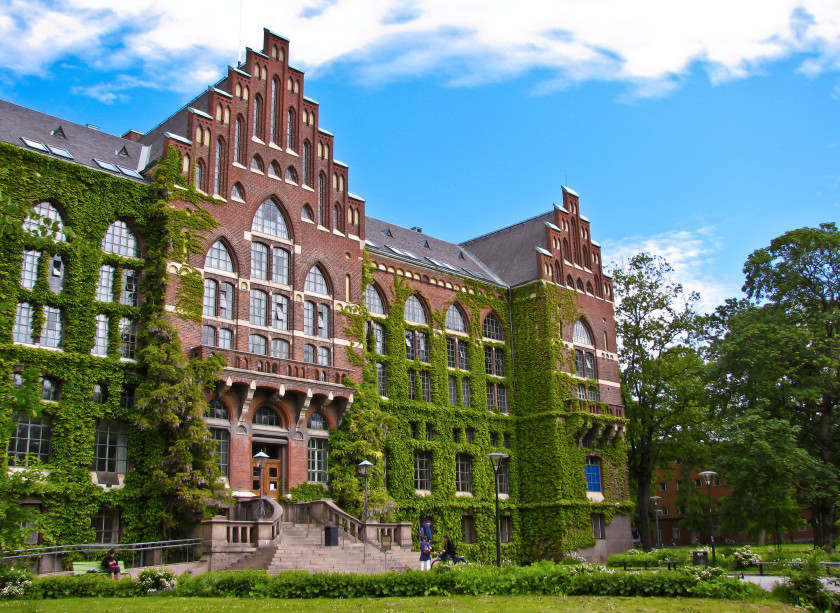 Sweden offers grand cityscapes, a coastline strewn with rocky islands and a land steeped in Viking history.
Not just the home of Ikea, Sweden is one of the world’s most forward-thinking countries when it comes to offering accessible education. Although it is among the most expensive countries in the European Union, the opposite is true when attending university in Sweden. Citizens of the European Union (EU), the European Economic Area (EEA) or Switzerland can take advantage of completely free tuition, but some fees have been introduced for non-EU students. Sweden has 53 universities and colleges to choose from, although Lund University is the country’s highest-rated institution at number 70 in the world rankings for 2016.
As of February 2016, the cost for non-EU, EEA or Swiss students to apply to study in Sweden is SEK900 ($110). Tuition fees range from SEK80,000 ($9,800) to SEK 140,000 ($17,200) per academic year. You’ll also need at least SEK8,000 ($1,000) per month to cover living expenses. That said, the cost of tuition is still cheaper than in many other countries. Many of the postgraduate courses are taught completely in English which takes away the difficulty of learning Swedish for most students. 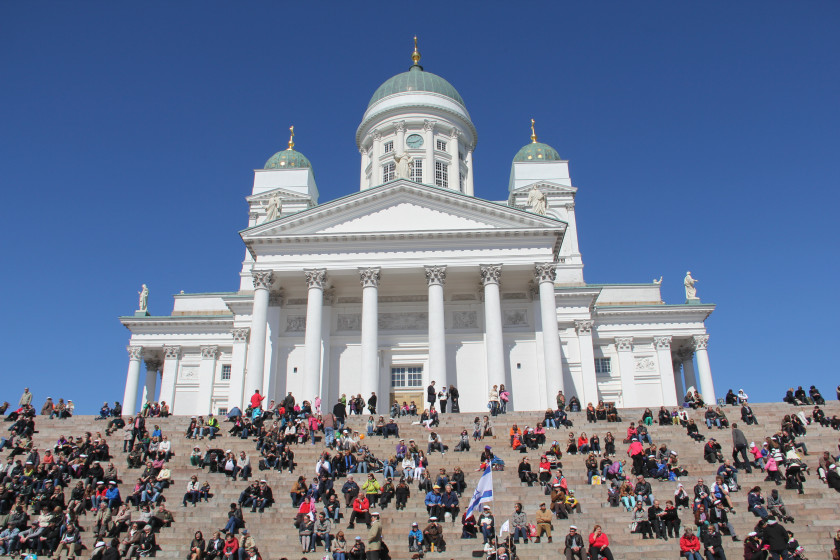 With vast frozen forests in winter, midnight daytime saunas in the summer and cutting-edge urban zones, Finland certainly has heaps of character.
In 2012, Finland was found to have the best education system in the world according to the Economist Intelligence Unit for Pearson. Postgraduates from any country can currently study for free in Finland, which is attracting more and more international students. The country has an annual budget of €11.1billion, which helps cover the free tuition fees on offer. Around 6,000 foreign students are studying for a full degree in Finland at any one time and over 330 English language master’s courses are taught there.
From autumn 2017, however, Finland will be introducing tuition fees to non-EU/EEA master’s students studying a course in English. Doctorate level studies or programmes taught in Finnish or Swedish will remain free for all. Each university will define their own tuition fees, but scholarship schemes will be offered to non-EU students. The minimum annual tuition fee is set at €1,500 by legislation but the eventual amount is expected to be much higher than this. For example, the University of Helsinki has stated that annual fees will range from €10,000-€25,000. The cost of living in Finland must also be considered, with students recommended to budget €700-€900 per month. 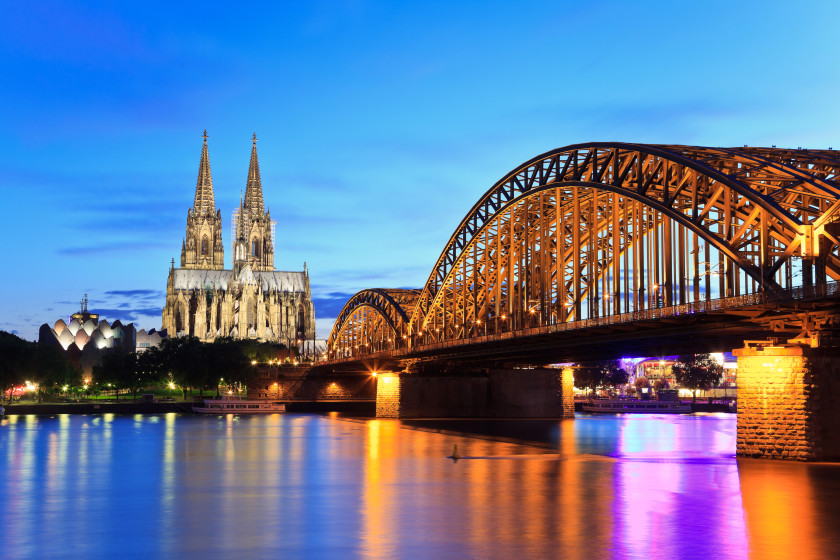 Full of cosmopolitan, student-friendly cities bursting with culture, history and nightlife, Germany provides a fantastic university experience for international students.
Germany abolished tuition fees for undergraduates at public universities in 2014 in order to make education accessible to everyone that chooses to study there. While there are still fees for postgraduate study, the typical cost is far less than elsewhere in the world. The good news is that fees for international students are the same as for domestic students, regardless of where you are from. If you’ve studied a bachelor’s degree in Germany already and go on to study a consecutive master’s programme, tuition will usually be free. If you are doing non-consecutive postgraduate studies and studied outside of Germany, it can cost more than €10,000 per semester.
Brush up on your German before applying, though, as most courses are taught in the native tongue. There is a wide range of funding and scholarship schemes on offer for postgraduate students studying in Germany, some of which are needs-based. Everyone must pay basic administration costs each semester of around €40 to €70.
Germany offers a huge 900 English language degrees at undergraduate and postgraduate level. Living costs are the same as in other western European countries (although definitely lower than Scandinavia). Students will require at least €670 per month to cover accommodation, food and other expenses. 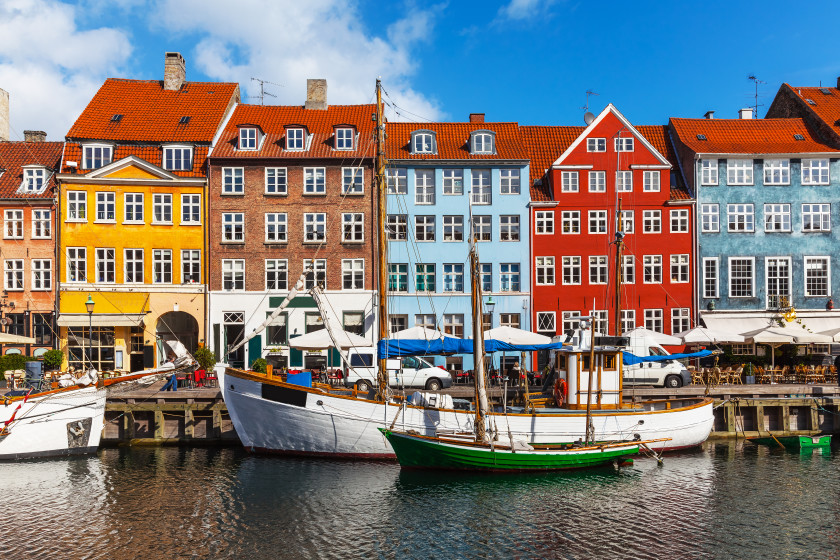 Offering an exceptional quality of living, a clean environment and top-notch culture, Denmark is a great choice for students who appreciate a green approach to life.
Higher education in Denmark is free for all students from the EU, EEA and Switzerland. For everyone else, tuition fees for postgraduate courses range from €6,000-€16,000 annually. Non-EU/EEA or Swiss students must also apply for a residence permit before they are able to commence their studies. Denmark offers a good range of English-taught degrees and is among the top countries in the world for research and development expenditure, meaning it is a great place to study for a PhD. There are a range of financing and scholarship options available to international PhD students.
The cost of living in Denmark is higher than in much of the rest of Europe. It’s advisable to budget €750-€900 per month for accommodation, food and other expenses. If you’re based in the capital Copenhagen this can increase up to €1,200. 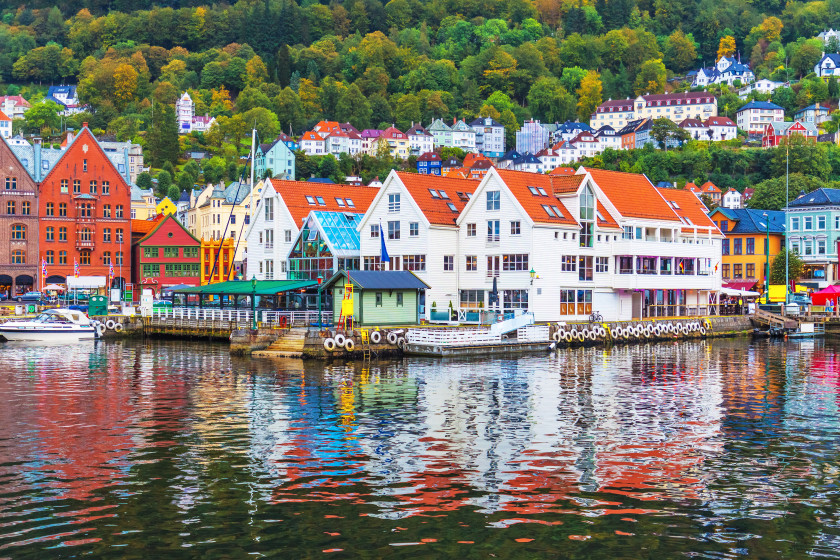 To see the northern lights for yourself and experience the great Scandinavian outdoors, there’s nowhere like Norway for getting close to nature. The cities are pretty exciting too with growing coffee culture and music scenes.
Although there may be a language barrier to overcome to study in Norway, there are no tuition fees for students, regardless of your country of origin, so everyone can study for free. English language-taught courses are fairly common at postgraduate level; otherwise you will have to prove your proficiency in Norwegian in order to be accepted to a course. There is also financial support available which can help students towards paying their living costs in this pricey Scandinavian country.
There is a semester fee of about 500 NOK (€66) which every student is required to pay, but this will enable you to take advantage of a range of discounts. 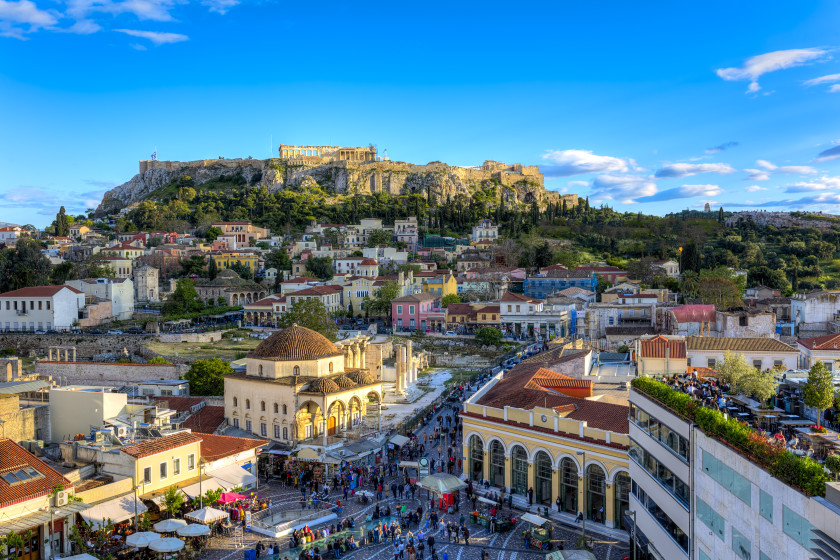 One of the most historically important countries in Europe, Greece is also well-known for its ancient intellectual heritage. As well as offering a huge number of beautiful beaches and islands, Greece is one of the cheapest places to live in the EU.
The Greek Constitution states that higher education should be provided free of charge, yet there are sometimes fees for postgraduate degree courses at both public and private universities. Generally, non-EU students will pay about €1,500-€3,500 per year in tuition fees which includes the cost of all textbooks. Master’s and PhDs in classics and archaeology are particularly popular in Greece. Courses are taught in either Greek or English; language requirements will vary at each educational institution although there has been a recent push towards internationalisation and programmes taught entirely in English. EU nationals do not need a visa to study in Greece but non-EU students will require a student residence permit. 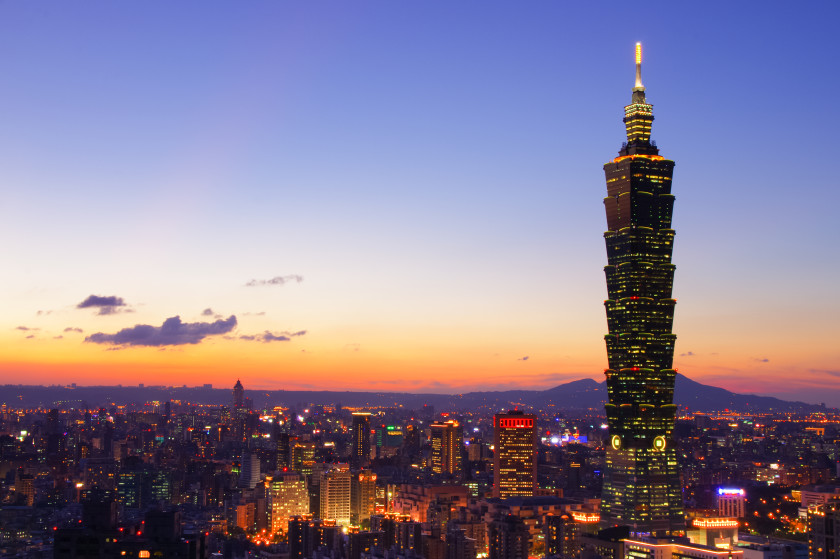 Offering a rich and exciting cultural environment, not to mention amazing food, Taiwan is a fascinating place to get your postgraduate degree.   Taiwan is increasing the number of degrees taught in English and offers a series of government-run scholarship programmes. The country is particularly strong in the fields of engineering and technology, as well as social sciences. Although Taiwan has a high number of programmes taught in the English language, one major draw for international students is the opportunity to learn Mandarin Chinese.
Both EU and non-EU students will need to apply for a visa before arrival in Taiwan; however, the process is straightforward and inexpensive. Standard tuition fees for postgraduate students range from $2,800-$6,000 per year, so although not free the cost can be much cheaper than in your home country. Taiwan’s International Cooperation and Development Fund provides the International Higher Education Scholarship Programwhich funds international students through their studies. Students from overseas can expect a good quality of living in affordable Taiwan, as food is also cheap. 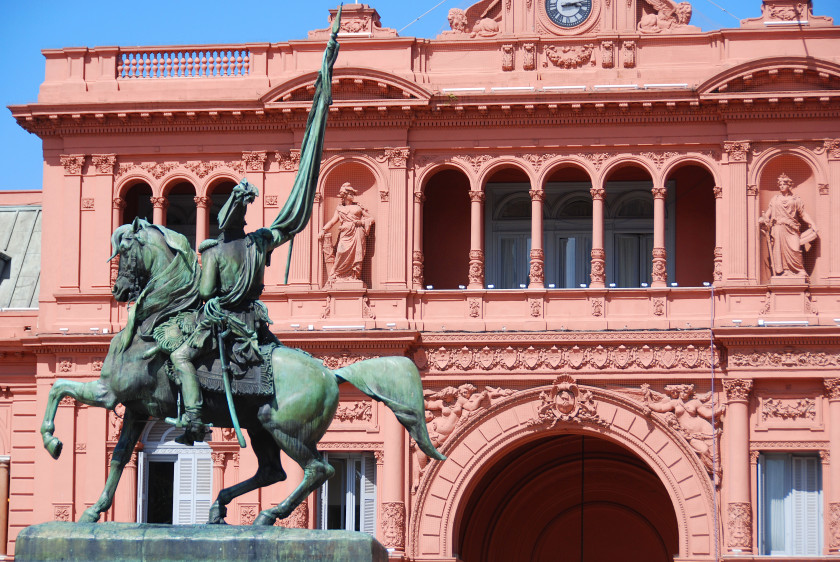 Argentina is rich in natural beauty, and has world-class food along with South American culture with a European twist.
Most public universities in Argentina offer free education for international graduate students, while others charge low tuition fees. To study at a private institution, you can expect to pay from $1,500-$4,500 for tuition each year. All international students will require a visa to study in Argentina which is usually obtained in-country after entering on a tourist visa.
The majority of students are based in the capital Buenos Aires, which was ranked the 32nd best student city in the world by QS in 2016. Argentina attracts around 90,000 international students each year, mostly drawn by the low tuition fees and cost of living. Nearly all courses at public universities will be taught in Spanish so fluency in the language is essential. Public transport is very cheap, while a meal out will cost around $10. 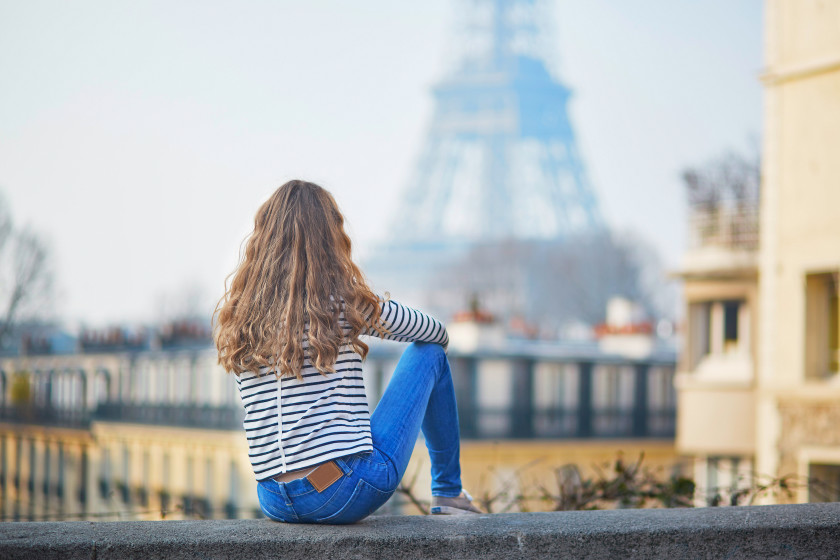 Europe’s most romantic destination is also a haven for international students who want to experience sophisticated culture, incredible food and a country rich in history. Paris has topped the world rankings for being the best student city several years in a row.
Although many of the postgraduate courses on offer in France require you to speak fluent French, there are a growing number of English language programs to entice international students. In fact, one out of every three doctoral degrees in France is awarded to a foreign student. While private universities are at liberty to charge high tuition fees, many public university master’s courses will set you back a mere €260 per year and €400 for a PhD.   Living costs in France can be high, especially in the capital of Paris. The cost of living in Paris will cost around $10,500 per year. 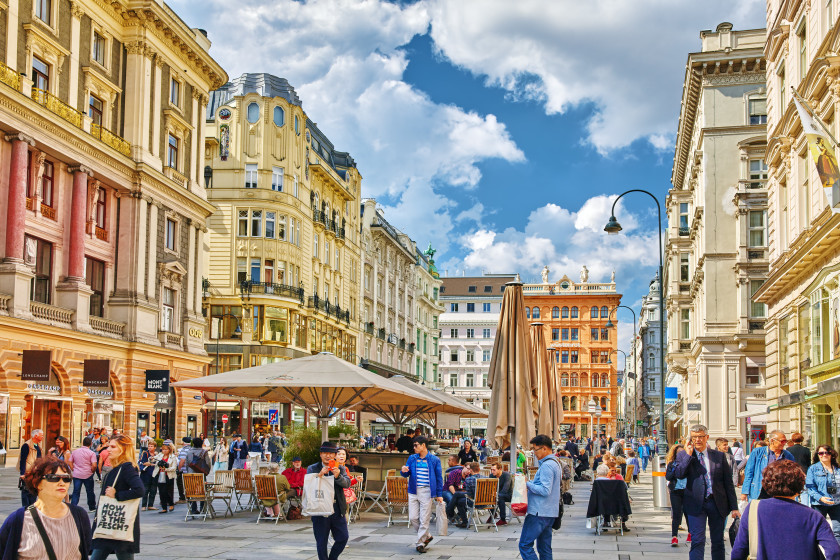 Austria is recognised for its cultural significance with music, theatre and art playing a big part of the country’s heritage.
The majority of postgraduate courses in Austria are taught in German, so language skills are a must for international students, although English language courses are becoming more and more common. EU/EEA postgraduate students attending public universities in Austria can study for free as they are exempt from paying any tuition fees. For non-EU/EEA students there is a fee of €726.72 per semester of study. Private universities, universities of applied science and colleges of teacher education will generally charge fees to everyone and these vary from institution to institution.
Living costs in Austria can actually be cheaper for students than in neighbouring EU countries. Food and public transport are also very affordable.