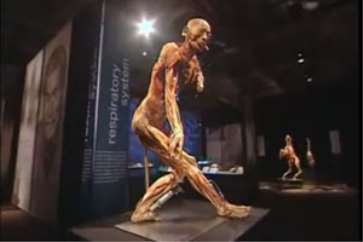 Photo 1) a plastinated exhibit in Body Worlds & the Cycle of Life, Taipei, 2011
The photo is downloaded from National Taiwan Science Education Center official website
The founder of Body Worlds, Gunther von Hagens, who was born in East German and was in two years imprisonment by East German authorities for political reasons (Institute for Plastination, 2006-2014). His identity evokes the public sensible emotion of which to connect the horrible human experiments at East German in WWII (Kuo, 2012). Moreover, a rumor about the source of plastinated bodies aroused suspicion and controversy.
Question of bodies’ source?
There was a pregnant woman plastinated body exhibited in the show of Body Worlds & the Cycle of Life in Asia. This plastinated specimen touched off a rumor in China regarding to the political struggle in Communist Party of China. This rumor also raised up a concern on human corpse source in human body shows around the world. 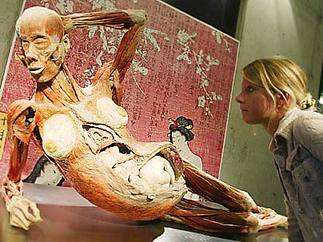